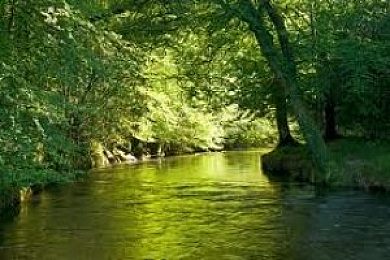 The Fowey Rivers Association is open to all Fowey Anglers from the fishing clubs, syndicates and riparian owners whose aim is to secure and maintain the well-being of the river and its ecology. It exists largely as a pressure group and negotiating body on behalf of its members.
The River Fowey is a prime Cornish spate river giving excellent salmon and sea trout fishing. It is one of only two rivers in the south west of England holding its targets for sustainable salmon stocks.
Both salmon and sea trout prosper by breeding in the clean waters of the high country which is Bodmin Moor. However the nature of the water in the River Fowey is made complex because the river is used by the water utility company (S.W.W.) as a water conduit. From their reservoirs at Colliford and at Siblyback on Bodmin Moor, water is released according to the needs of the seasonal population of Cornwall to the treatment plant at Restormel just above the tidal limit. This complexity affects the migratory salmon and sea trout using the river to breed and it affects where they lie and how we may fish for them.

We have 31 fisheries listed within Cornwall.