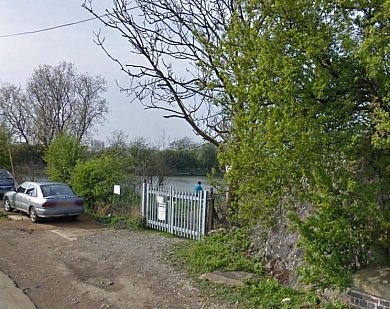 Set just outside Faceby in the Cleveland hills, this set of three ponds is our most popular Stillwater fishery, so named in honour of Allan Scott one of our longest ever serving members who worked so hard on its design & construction.The top pond is rather small and was used for a while as a rearing pond for growing fish on, however, due to predation this never worked out and it is now open for fishing once again.The middle pond is larger and benefits from some overhanging trees and an island surrounded by reeds, weed growth here can be a problem at times making fishing difficult.The bottom pond which is also the largest at around two acres has a large fish haven running down the middle approximately 3metres wide by 30 metres long for which the big Carp when hooked make a beeline.Depths here once over the shelf which is not far out average 2 metres.All three ponds have fishing platforms and easy access, species stocked include:- Carp – Tench – Bream – Roach – Rudd – Perch – Gudgeon.Until 2008 these ponds were subject to the coarse fish close season during which time we used to stock & fish for Trout, however this facility has now moved to Mill Lake at Gilling West and these ponds are now open all year round.

We have 257 fisheries listed within Yorkshire.